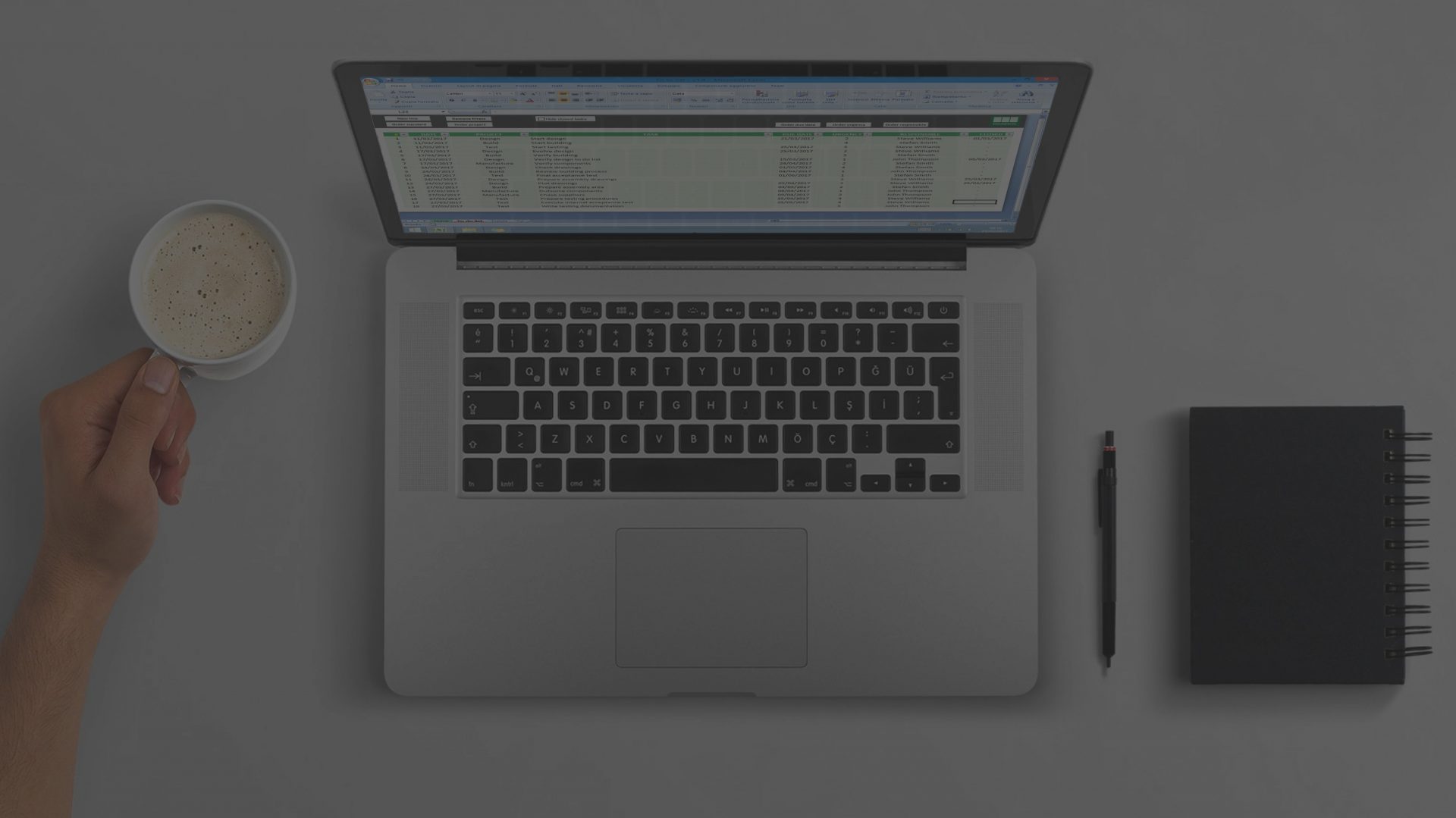 Have you ever lost some data because Excel crashed? Never let it happen again! With Excel backup add-in you can automatically backup every spreadsheet.

After downloading the add-in, follow the instructions of the video shown here.

The add-in will appear as a separate tab in Excel. Clicking on the button "Excel backup" will open the backup settings page.

Do you enjoy Excel Backup Add-in? If you like, you can donate to EnginExcel here.

Why I created the Excel Backup tool

I have been working with Excel for a very long time now and I think it is a very good and powerful program. Things can go wrong though, and sometimes I have hit the threatening whitish screen which tells that Excel is not responding. 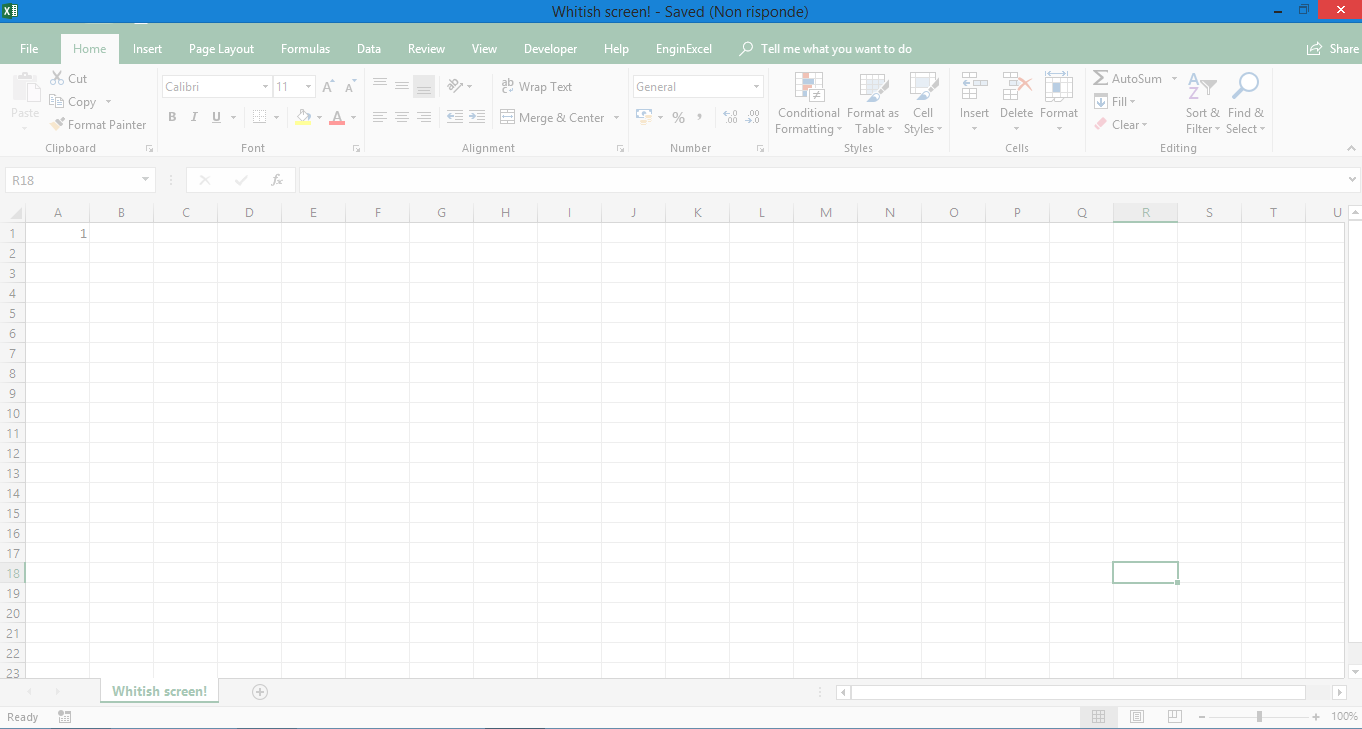 Most of the times you end up having to kill Excel's process and losing all the work done after the last save. I am a compulsive saver, so I luckily haven't lost much work so far. But I have several times witnessed colleagues swearing after losing a lot of work because of a power cut or a Windows error.

Excel includes a backup utility, but the backup frequency is quite low and the restoration of a file after a crash fails most of the times. Also, sometimes you modify a document by mistake (for example you override some cells) and you discover the error after hitting the save button, which makes it impossible to restore the file.

To solve these backup issues I have created the Excel backup tool, which allows to automatically backup the spreadsheet you are working on and restore it whenever needed. The Excel backup toolbar is opened by clicking on its icon in the EnginExcel add-in bar. In this toolbar window the user can setup all the parameters of the backup. 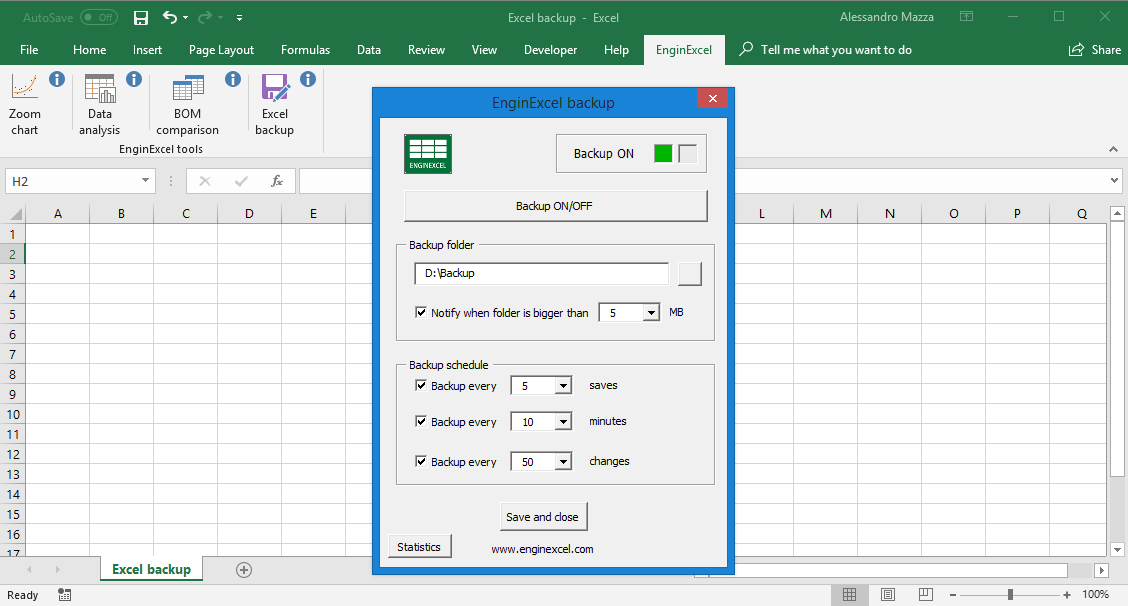 The user can then define when to perform the automatic backups:

The user is free to define which of these 3 backup modes to use, and with which frequency. It is also possible to use a combination of the 3.

All these settings can be stored by pressing the "Save and exit" button. When Excel is opened again the settings will be automatically retrieved and the backup will be performed without any action of the user.

A statistics button is also available in the Excel backup toolbar. It provides a series of statistics regarding the backups performed since the start of Excel session. This can be a useful tool for the user to define how often it is worth performing a backup.

I believe that the backup tool is a great utility which will help you to save a lot of documents and time.

New free material is regularly created. If you are interested in receiving an email when a new spreadsheet is released you can subscribe to EnginExcel newsletter.

Don’t worry, I want this to be a service to you: I will treat your data very carefully and will not fill your inbox with spam.

EnginExcel free spreadsheets are free for personal and commercial use.

To activate the functionalities of the spreadsheet you may need to click on Enable editing and Enable content after opening it for the first time.

EnginExcel free spreadsheets are free for personal and commercial use, but it may not be altered or sold without the written permission of the author.

If you have any comments on this material I’ll be happy to receive your feedback. You can contact me here.

If you enjoy this free material but would like to have it customised for your needs feel free to contact me.